Home › Beyond the Build › Customer Relationships › From High Street to Main Street: Developers Who Build for Customer Service Win the Sale 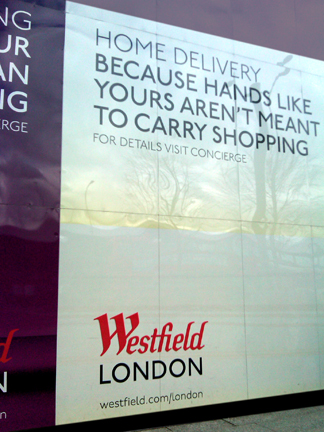 From High Street to Main Street: Developers Who Build for Customer Service Win the Sale

The British have a term for the primary business and shopping street in their towns—High Street. Similar to the fabled American “Main Street,” high streets are often named just that. As shopping has evolved, Brits have continued patronizing High Street in their own villages, while counterparts across the pond have adapted to the convenience of a supermarket and mall lifestyle.

Even in modern London, locals seem to prefer their neighborhood, where they know the shopkeepers and are looked after with personal attention. You’d think they would give up walking in frequent drizzle and noisy traffic in exchange for dry, calm tranquility under one roof. Maybe things are changing.

One property in West Kensington has me thinking consumer-minded British developers found a way to couple old school service with high tech convenience, resulting in a winning retail center. I discovered the site on a recent trip to London, when I was heading to Heathrow to pick up a friend. I had some time to kill, and stopped by the new Westfield London, a 43-acre urban shopping destination.

Westfield London has 5 anchor stores and 265 other retailers representing 15 countries, luxury stores making up a significant part of the mix. There are 40 restaurants and a vast movie theater complex. The entire place was built with the customer at heart. Here are a few of the features I thought were most innovative:

Even with all these conveniences, I thought the four concierge stations where what set the place apart. Nathan was my host. He was born in Angola, studied in Portugal and has a 5-star hotel career—a top-notch background in service. He was passionate, knowledgeable about the center and made me feel I had a new friend and ally there, much like the shopkeepers of old.

Westfield’s emphasis on customer service shows an intention to personally connect with shoppers in memorable ways. They are seeking to change traditional shopper habits and build loyalty. While customers may come to expect high tech conveniences, nothing will replace the good old-fashioned personal touch. These Brits have bridge the gap between the two.